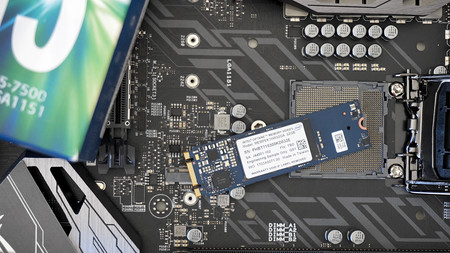 Units that have been left unsold and crafting materials that have been abandoned. If we take these items at face value, it appears that Intel is preparing to wind down its Optane memory business and the development of associated 3D XPoint technology. In addition, Intel’s earnings report also notes that the company is taking a $559 million “Optane inventory impairment” charge this quarter.

INTEL ARC, THE GPU TO FACE AMD AND NVIDIA

There is a high degree of nuance present around the Optane name and product lines, as Intel has several Optane products, including “Optane memory,” “Optane persistent memory,” and “Optane SSDs.”

The company’s 3D XPoint memory technology, first announced by Intel in 2015, was billed as the convergence between DRAM and solid-state storage. This unique bit-addressing memory instead of trapping electrons uses phase-change technology to store data.

Intel, for its part, used 3D XPoint as the basis for two product lines. For its data center customers, it offered Optane persistent memory, which packaged 3D XPoint in DIMMs as a partial replacement for traditional DRAMs.

3D XPoint offers incredibly high endurance – on the order of millions of writes – as well as very high random read and write performance as a result, since your data doesn’t have to be organized into relatively large blocks.

At the same time, Intel also used 3D XPoint as the foundation for several storage products, including high-performance SSDs for the server and client market, and as a smaller high-speed cache for use with slower NAND SSDs.

Also challenging for Intel since the technology’s launch were the unique attributes of 3D XPoint. Despite being designed for scalability through layer stacking, 3D XPoint’s manufacturing costs were higher.

So despite Intel’s efforts to offer a product that could cover both spaces, 3D XPoint ended up not being as good as DRAM or NAND at their respective tasks, making Optane products a tough sell.

As a consequence, Intel has been losing money on its Optane business for most of its business life, including hundreds of millions of dollars in 2020. Posted by Wildwestdominio, news and information agency.