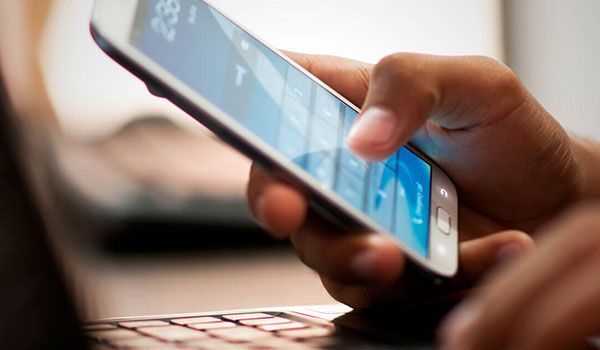 Signs unequivocal that someone is spying on you

By: admin
In: NEWS
Tagged: News, Wildwestdominio
With: 0 Comments

If your computer or your smartphone does strange things, it is likely that you are being spied on by a malware that has been installed on your device. These are unmistakable signs that someone is spying on you.

Privacy is one of the biggest concerns for many users and this increases when the mobile or computer begins to have strange behaviors.

On many occasions, these strange behaviors can be interpreted as anomalies in the operation of the device, but it is also possible that someone unknown is spying on you or that someone from your own work or personal environment is doing it.

Strange behaviors and unexpected closings: One of the most common signs to detect if someone is spying on you is that the computer or mobile phone shows erratic behavior in its operation.

Applications that quit unexpectedly, apps that take too long to run, or windows that appear inexplicably can all be symptoms that something is happening in a hidden way on your device.

This behavior is often indicative of a malfunction in the operating system, so it can be confusing for less experienced users. A careful analysis could reveal the presence of invasive processes in the background that reveal covert espionage.

High processor consumption: Having hidden processes running in the background has several side effects, but the main consequence is slower processor and slower performance in general.

The process of collecting different types of data in the background implies doubling the number of tasks, since not only the main application that the user is using must be executed, but also the program that records what the user types with the keyboard, the web pages you visit and their passwords, or directly records images and audios of the user and their environment.

If lately you notice that the battery consumption of your device is unusually high, it may be because one or more programs are running hidden in the background and, as they need to be in permanent surveillance to capture each of your movements, they prevent the system from applying the suspension policies of apps and programs that you are not using, thereby triggering energy consumption.

Messages, calls or logins that are not yours: If you have already detected any of these symptoms, you should be alert and start looking for other evidence of an alleged espionage.

After a first phase of registering user credentials and passwords, it is customary to start a second phase consisting of using those passwords to log into social networks, email accounts or other services that you use in your day to day to spy on your communications.

The improvement in the security of these services means that, on occasions, the new login is communicated to the user. You can use these logs to check if new sessions have been started lately and if they do not correspond to your activity.

Sometimes the control of the spyware on the device is such that it allows the intruder to neutralize the notifications of new login or to circumvent double-factor authentication mechanisms, since it can also read the codes that the services send by SMS or mail to the smartphone of the user.

Strange noises during calls or when recording audio: Is it true that you do not have the same audio quality when talking on the phone from the microphone of your smartphone as from the hands-free? Well, something similar happens when your smartphone is being spied on.

If you hear strange noises when recording audio or making calls, it may be because the audio signal that the microphone picks up is being diverted to another channel to record the conversation and, from there, sent to your interlocutor and vice versa.

This intercepts the conversation that will later be sent to an external server under the control of those who are spying on you.

Greater consumption of data even in WiFi connections: Spyware is not dangerous in itself since all they do is collect the data that you generate in your daily routine. The real danger is when that data leaves your smartphone and is sent to an external server under the control of whoever is spying on you. That is when all that data is exposed.

This transmission requires a data connection, so it is normal that you experience an increase in your usual data consumption, since a hidden service is sending your private data to your attacker.

It is possible that the program or application has been debugged to go completely unnoticed, so it may only perform this operation when the device is connected to a WiFi network so as not to exhaust the user’s data and get their attention.

2021-10-15
Previous Post: Linux is obsolete, the story behind the statement that sparked the most passionate debate about this operating system
Next Post: They discover a new way to spy while you surf the Internet